Don’t see what you need? We can help.

Ask our experts about a custom magnet for your prototype, invention or specialty project. 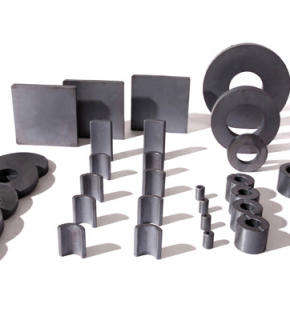 Ferrite Magnets are Sintered magnets (ceramic magnets) made from ferric oxide, a raw material which is abundant in supply, thus a steady flow of Ferrite magnets can be ensured at a reasonable price setting, in fact the lowest price among competing products in the market today. Due to its high-coercive property, there is a smaller chance of demagnetization, and they are suitable for being used in flat forms. The magnets are produced by pressing a fine-powder of ferric oxide in a mold and heated in a furnace at approximately 1200 degrees Celsius. They are resistant to corrosion and fit for mass production. Ferrite magnets can be classified into two categories: Anisotropic Ferrite and Isotropic Ferrite.

BUILD YOUR CUSTOM MAGNETSSee what tcm magnetics can do for you

Ceramic (Ferrite) magnets are very resistant to corrosion. Coatings can be applied for cosmetic reasons or to reduce the fine, ferrite powder which is associated with ceramic (ferrite) magnets. 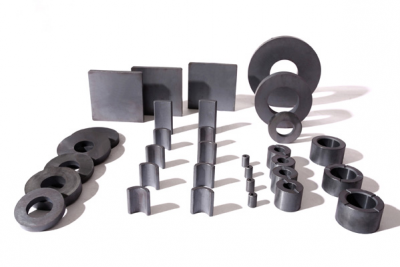 We will contact you within 24 hours. Please email sales@magnet-sale.com or fill out the form below: